Does Cryotherapy Relieve Back Pain? 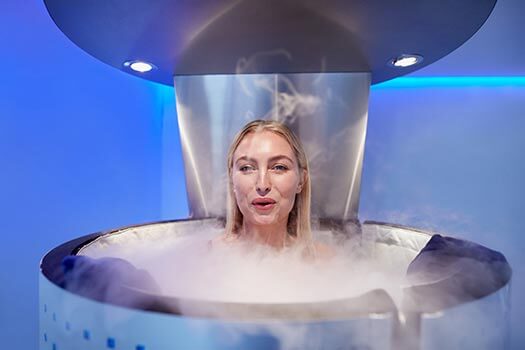 Involving the use of very low temperatures, cryotherapy has been a common remedy for aches and pains for athletes for many years. During a typical session, the body is exposed to temperatures as low as 200 to 250 degrees below Fahrenheit. Now the therapeutic technique is becoming increasingly available for use by non-athletes looking for similar results for back pain management. Spine surgeons in Beverly Hills discuss cryotherapy and how it may or may not help alleviate back pain.

Developed in Japan in the 1970s, cryotherapy affects inflamed or irritated muscles and soft tissues in much the same way applying an ice pack does. The theory is that the exposure to extreme cold speeds recovery and reduces muscle soreness. Though many athletes swear by the technique, there isn’t much scientific evidence to confirm its effectiveness, partly because results tend to be subjective.

Makes It Easier to Exercise

Some athletes claim cryotherapy helps them get back to their normal exercise routine between games without distracting pain. As far as doing the same thing for people with back pain, there’s no conclusive evidence to suggest it helps any more than other forms of temperature-based therapy. The National Institutes of Health cites one study offering “weak evidence” that whole-body cryotherapy may affect inflammatory pathways and relieve muscle soreness.

Reduces Factors That May Contribute to Back Pain

Supporters of cryotherapy claim it can help with weight loss, which may ease back pain by reducing stress from extra pounds. Though being cold boosts metabolism and increases calorie burning, it’s not meant to be a long-term or go-to weight loss solution.

Cryotherapy is generally considered a safe technique as long as it’s performed in a supervised setting. Exposure to extreme cold should be limited to no more than 2 to 4 minute intervals and clothing needs to stay dry to prevent skin irritation and hypothermia. Women who are pregnant and people with certain medical conditions such as high blood pressure shouldn’t consider cryotherapy.

Though the effectiveness of cryotherapy is up for debate, minimally invasive back surgery tends to yield better results. Whether your need fusion surgery, total disc replacement, or a Coflex implant, Beverly Hills surgeons at The Spine Institute can help. Give our office a call at 310-858-7727 and learn how we can help you find the relief you need.