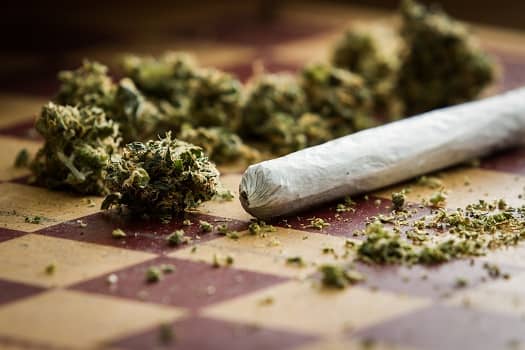 From underlying health issues to your general lifestyle habits, there are many factors beyond what’s actually going on with your spine that can play a role in the outcome of any surgical procedure involving your spine. According to a new study published in the journal Spine, chronic marijuana use is one of the factors that may increase the risk of experiencing complications during or after spinal surgery.

Use Prior to Surgery May Be More Problematic

Researchers concluded heavy marijuana use prior to surgery may be especially problematic for spine surgery patients. But this isn’t limited to physical complications. There could be an added financial burden as well, according to findings from the study.

Some of the top patient-specific issues related to chronic marijuana use identified include:

Additional Results from an Extensive Review of Hospital Data

For the study, researchers looked at hospital data for a 3-year period for 400,000-plus patients nationwide who had undergone elective spine surgery. More than 2,000 of these patients also had a diagnosed cannabis use disorder, which refers to ongoing use of marijuana even after experiencing impairment and other issues. When comparing the cannabis users to non-users, researchers used a scoring system that also considered demographics, existing diseases or conditions, and patient characteristics.

By aligning these factors between both groups based on similarities, researchers were able to assess spine surgery outcomes. Based on the results of the comparison between the two groups of spinal surgery patients, researchers discovered chronic marijuana users were:

There was also an increased risk of heart-related problems among the marijuana-using group. However, it’s possible this was due, in part, to the fact that the cannabis users were more likely to also be tobacco users.

The research team found patients in the marijuana-using group spent an average of two more days in the hospital than those in the non-using group. Hospital costs for the first group were also about $15,000 higher than the other group’s hospital-related expenses. What’s more, patients in the marijuana-using group were also more likely to be discharged to either a rehab center or nursing facility. They were also less likely to receive home-based care.

Recreational marijuana use doesn’t necessarily mean you’ll have complications or other issues during or after spinal surgery. However, the increased legalization of cannabis has resulted in the need for spine specialists to be more aware of the potential for marijuana disorders that could affect surgical outcomes in patients.

Lastly, if you do use marijuana for medicinal or recreational purposes, let your spine surgeon know this ahead of time. Remember, your Los Angeles spine surgeon and others involved with your procedure and related care simply want to ensure the best possible outcome for you, so it’s important to be up front with them.

Whether they have artificial disc replacements or minimally invasive procedures such as coflex surgery, Los Angeles spine surgery patients can boost their chances for smooth recovery by being honest with their surgeons about any marijuana use before having surgery. For more information about how to be prepared for spine surgery, reach out to the experienced professionals at The Spine Institute. Call us today at 310-828-7757 to schedule an appointment.