Whiplash Symptoms: Why Are They So Difficult for Others to Understand? 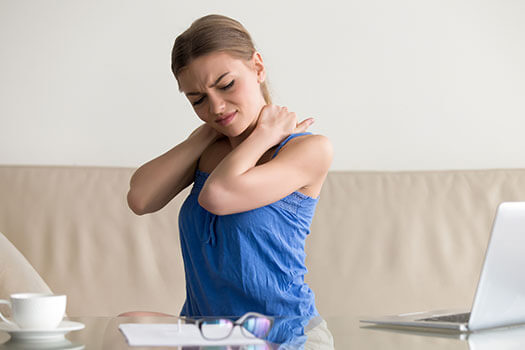 Caused by a forceful back and forth motion of the head, whiplash is a common neck injury often associated with car accidents. However, whiplash can also result from a hard fall or other motions that place excessive stress on any of the seven vertebrae in the neck or the supporting soft tissues in this area. Even though more than a million Americans sustain a whiplash injury each year, its symptoms are often difficult for others to understand. Los Angeles spine surgeons from The Spine Institute explain why.

Symptoms Can Be Mysterious and Unpredictable

Whiplash doesn’t always present immediate symptoms, explaining why some people initially refuse medical attention at the scene of a car accident only to wake up the next morning with noticeable pain. It’s also possible to fully recover with nothing more than a little soreness that goes away within a few weeks. However, other people with whiplash may notice certain symptoms fading as new and different ones appear and linger for several months.

Neck pain, soreness, and stiffness are the most common symptoms associated with whiplash. However, symptoms can also be less obvious and seemingly unrelated to the area where the injury occurred. Some individuals experience discomfort linked to whiplash-associated disorders (WAD) that cause more than just neck-related pain. WAD-related symptoms may include:

Symptoms Can Be from Preexisting Conditions

Some people with whiplash may notice a return of symptoms they experienced with previous back, shoulder, or neck issues. For instance, if a patient has degenerative disc disease, the jolt from a whiplash injury may be enough to affect the positioning of discs already damaged from age-related wear.

Symptoms Are Sometimes Related to a Concussion

Whiplash doesn’t only occur following a severe car accident or injury. In fact, it’s entirely possible to walk away from a minor fender bender that happened at a lower speed and still have whiplash. There are even reports of whiplash injuries occurring at speeds of less than 10 miles per hour. How the cervical spine is affected by an injury will depend on several factors, including:

It’s estimated that 25 to 40 percent of people with whiplash injuries never fully recover. Part of the reason for this may be because patients sometimes delay treatment when symptoms aren’t immediately apparent. As for treatment, neck immobilization is no longer the standard recommendation for whiplash injuries, although soft braces can minimize movement as tissues heal. Patients are often treated with a combination of medication, heat and ice applications, injections, and therapeutic exercises.

Whether it’s pain resulting from whiplash or another spinal condition, there are a variety of ways to treat chronic neck or back pain, from artificial disc replacement to ALIF. Los Angeles residents who are looking for effective relief can reach out to The Spine Institute at 310-828-7757. We hope to hear from you soon.