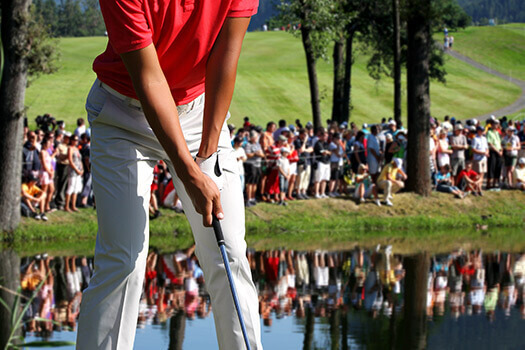 Even a seasoned athlete like Tiger Woods has had his share of back problems, some of which have resulted in the need for surgery to correct issues with his spine. Recently, the acclaimed golfer found himself facing another back-related surgery. While you don’t have to be a champion golfer to experience issues with your spine or its supporting muscles, discs, and joints, Woods’ experiences illustrate the importance of taking a proactive approach to maintaining spine health.

Woods’ most recent surgery was a minimally invasive anterior lumbar interbody fusion. Santa Monica residents who opt for this procedure should know it is performed from the front through the abdomen, and it allows for the removal of a damaged or worn disc and the restoration of appropriate height in the space left by the disc. For Woods, it was an elective procedure he opted to have because of recurring back and leg pain. He tried several non-surgical remedies first without success, some of which may have included:

Aside from an apparent neck injury in 2010, Woods didn’t have any significant spine-related injuries until early 2014 when he had to withdraw from the final round of a competition due to back spasms and lingering pain. About a month later, the golf pro had a microdiscectomy to relieve pressure on a compressed (“pinched”) nerve from a herniated disc. He had the same surgery in 2015 and a follow-up procedure later that year in the same area because he was still experiencing some discomfort.

Woods was among the 10 percent of patients who weren’t experiencing relief with remedies such as the application of heat and ice, a customized exercise and therapy plan, and the use of various pain and anti-inflammatory medications. The reason for the second microdiscectomy was due to a disc fragment that was pinching a nerve in the same location. Problematic symptoms that may make surgery for a pinched nerve worthwhile include:

The reason Woods had the same procedure more than once wasn’t because it didn’t work. The procedure was effective at relieving pressure on the nerve, but the spine and its discs can change over time. In Woods’ case, the part of the disc that was left in place shifted and affected his sciatic nerve. The solution was to opt for complete disc removal with an ALIF procedure. The fusion part of the procedure is meant to stop motion in the affected area of the spine to protect adjacent nerves.

Having spine surgery may seem like an inconvenience, but ultimately it can lead to a more productive life free of distracting pain. Oftentimes a future procedure is needed not because the first surgery was a failure, but because something changed within the spine, as would be expected with somebody who makes repetitive movements for a living. For anyone considering ALIF or TLIF surgery, Santa Monica residents can take comfort in knowing newer innovations and technologies are making today’s procedures less invasive and ultimately more beneficial for patients.

At The Spine Institute Center, we specialize in a wide variety of minimally invasive and cutting-edge surgery options, and we’re confident we can help you find relief for chronic back or neck pain, whether you need traditional fusion surgery or a vertebroplasty procedure. Santa Monica patients can trust in Dr. Hyun Bae and his team of expert surgeons to diagnose the source of their pain and determine the best plan of action for treatment. Call 310-828-7757 today to schedule an appointment.