Surgery Options If You Have a Herniated Disc 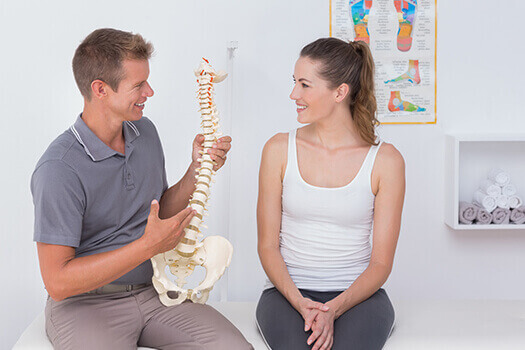 Surgery often becomes an option for a herniated disc when conservative spine treatments have failed, there’s radiating nerve pain, clearly identifiable neurological deficits are present, or when quality of life is substantially impacted. After testing that may include an MRI and a nerve conduction study coupled with a thorough medical exam, a spine surgeon determines which surgical option is best for a patient.

During this surgical procedure, a small incision is made as the surgeon has access to real-time imaging to locate the affected disc. A microdiscectomy is a minimally invasive spine procedure that involves the removal of herniated portion of the disc that’s pressing on the nerve root.

For patients with a severely herniated disc, complete removal of the problem disc may be necessary. In order to prevent the spine from becoming unstable following the removal of the disc, fusion surgery is also performed at the same time. Supporting hardware — plates and screws — will be installed to stabilize the spine until the fusion forms.

An open discectomy remains the most common surgical procedure performed to correct damage from a herniated disc. During an open surgery, some ligament and bone material is removed to access the affected disc. An open lumbar discectomy is often recommended for patients who have more than one herniated disc or complication risks.

A minimally invasive discectomy and fusion is performed through a tubular device to access the damaged disc, requiring a small incision. This approach also avoids the need to remove ligament and bone material while reaching the herniated disc. Benefits of minimally invasive procedures for patients include:

Six weeks is a typical recovery time for a microdiscectomy. Recovery time with a discectomy and fusion averages 3-6 months.

Before surgery is considered, patients must have tried non-surgical options for at least 4-6 weeks without success. Such treatments can include anti-inflammatory drugs, epidural steroid injections, modification of activities, and physical therapy. Approximately 80 percent of patients with a herniated disc will improve without

Learn more about your options of spine surgery, Los Angeles patients can rely on, for pain relief by calling The Spine Institute at (310) 828-7757 and scheduling an in-person consultation with one of our professional and highly qualified spine specialists.