New Standards for Spine Injuries on the Field 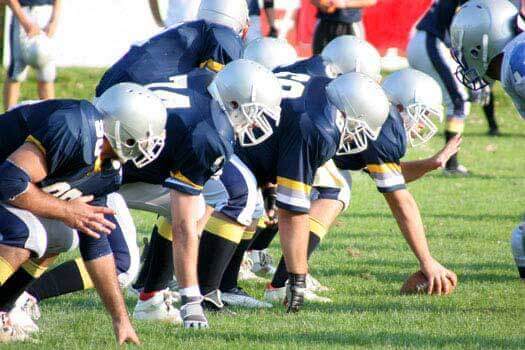 New recommendations for how sports-related spine injuries are treated, especially among high school and college athletes, calls for a change in procedure coupled with more rigorous standards. The most striking recommendation from the National Athletic Trainers’ Association centers around the removal of athletic equipment. Read on for more information about the new standards, presented by board-certified spine surgeons in Beverly Hills.

When Equipment Should Be Taken Off

During the last update to suggested protocols for how to treat athletes who experience a possible spine-related injury on the field in 1998, it was recommended that sports equipment be left in place until the patient arrived at the hospital. However, the latest recommendation is that equipment such as helmets and shoulder pads be removed immediately.

The Reason for the Change

According to officials at the National Athletic Trainers’ Association, the reason for the recommendation change is due to advances in the technology behind safety equipment. An additional reason for the change in protocol, according to a team physician for the Atlanta Falcons, is an assertion that emergency room staff aren’t as experienced at removing such equipment as was assumed, possibly delaying treatment.

How Equipment Should Be Removed

Several leading sports organizations, including the National Collegiate Athletic Association (NCAA) and the U.S. Olympic Committee, suggest that at least three rescuers trained in how to properly remove athletic equipment work as a team to safely remove protective gear before the patient is taken to the hospital for diagnosis and treatment of a possible SCI.

Why Coaches Should Also Be Trained

While it’s expected that professional sports teams and college athletic departments would easily be able to meet the new guidelines, high schools and community youth centers offering after-school sports programs may be short staffed. The solution, according to those making the recommendations, is to train coaches to be part of the medical team that would remove the gear before transport.

More than a thousand sports-related spinal cord injuries occur annually, according to National Athletic Trainers’ Association estimates. The group is partnering with the National Football League to increase the number of athletic trainers available at high schools. Such efforts are slated to begin in NFL cities. As with previous recommendations, the new standards are voluntary.