A Brief History of Spine Surgery 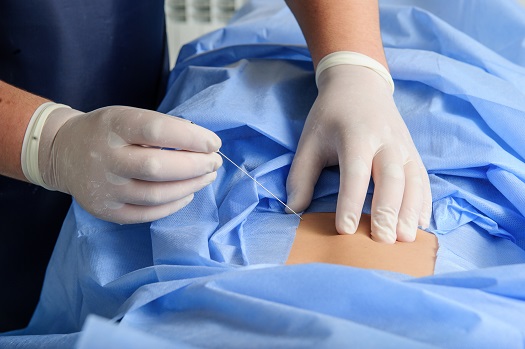 Spine-related problems have existed since the beginning of civilization. The earliest reference to attempts at fixing spine issues dates back to the days of ancient Egypt. Over the years, prominent figures such as John F. Kennedy, George W. Bush, and Peyton Manning have all benefited from spine surgery. To give you an idea of how far this type of surgery has come since the time when pharaohs ruled, here’s a brief history of spinal surgery from then until now.

One of the earliest documented attempts at treating spine-related problems is spinal traction, a type of decompression therapy dating back to 3500 B.C. However, the first surgery is believed to have been the removal of part of a spinal bone to ease pressure on nerves near the spine—a procedure known today as a laminectomy—performed in 650 A.D. by a physician known as Paul of Aegina. Still, this procedure wouldn’t be described again until many years later.

Significant Advances in the 19th Century

While the laminectomy would be recommended again on a larger scale within the medical community in the 16th century, it wasn’t until the early 1800s that surgeons began embracing this type of spinal surgery. In fact, it became the go-to procedure for everything from spinal trauma and infection to spinal tumors for more than a hundred years.

However, patients didn’t fare all that well during early laminectomies. This was likely due, in part, to a lack of understanding about such things as anesthesia, antibiotics to ward off post-surgery infection, and appropriate pain medications.

Despite high patient mortality rates at that time, there were some notable patient success stories. In 1829, a man who injured his back after falling from a horse regained some neurological function after surgery was performed. However, an attempt to perform spinal surgery on a patient with scoliosis in 1839 ended one surgeon’s medical career because of legal actions taken.

But the 19th century did bring us the X-ray machine, which was invented by a German physician in 1885 and ultimately helped doctors develop a better understanding of how the human spine works, which led to important advances in spinal surgery. Without the X-ray technology that enables today’s spine specialists to diagnose a problem and recommend a procedure such as vertebroplasty surgery, Santa Monica spine patients might be much less likely to get pain relief and be able to lead active lives.

Important Breakthroughs in the 20th Century

In 1911, the first successful fusion surgery was performed on a patient with spinal tuberculosis to prevent further spinal curvature. The technique would later effectively be used on patients with scoliosis. Some other important spine surgery breakthroughs in the 20th century included:

• The first intentional removal of part or all of a spinal disc (discectomy) in 1932
• Laminectomies performed with much better success rates
• The concept of endoscopic lumbar (lower back) disc removal—involving the use of a lighted scope attached to a camera, smaller incisions, and special instruments—in 1973
• The first disc removed through a tube in 1975
• The initial use of microsurgical techniques for spine-related procedures in the late 1970s
• The use of less invasive techniques and lasers to perform certain procedures and destroy disc fragments in the early 1990s
• The development of a better endoscope system for spine surgery in 1997 that’s still widely used in the 21st century

Today, minimally invasive spine surgery (MISS) has gained widespread acceptance as techniques and technology continue to improve, and it can be especially beneficial when performed by an experienced minimally invasive spine surgeon. Santa Monica patients appreciate MISS because it often results in reduced surgical risks and shorter recovery times. Robotic surgery is a form of MISS that’s also gaining traction these days, and it involves the use of robotic technology to allow surgeons to perform delicate tasks with increased precision. As for what the future holds for spinal surgery, only time will tell.

The pioneering spine specialists at The Spine Institute are contributing to the long history of spine surgery with innovative methods and state-of-the-art treatment techniques. If you’re experiencing spine pain, make sure to see one of our spinal health specialists right away for diagnosis and treatment. Schedule an appointment today by calling us at 310-828-7757.