Snail Venom May Be More Effective Than Morphine 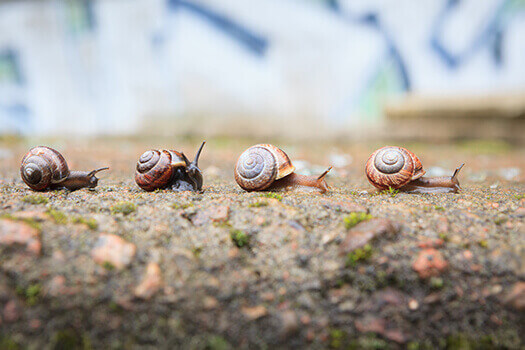 Snail venom is being hailed as the most promising painkiller since morphine. For people with chronic back pain, it also presents another option to manage pain not responding well to other treatments and restore quality of life. Available in pill form, the medication has a key ingredient that comes from an ocean-dwelling relative of a creature often considered a common gardener’s pest.

Powerful Drug without the Risk of Addiction

The new drug is especially significant since it’s 100 times more powerful than existing pain medications, including what’s commonly prescribed for back pain, yet it works at much lower doses. Researchers also note that there’s no risk of addiction associated with snail venom. A major concern for both doctors and patients when it comes to painkillers is the risk of addiction, especially with opioid drugs often prescribed after spinal surgery.

An Oral Alternative to Injections

In another advance, researchers have created a venom-based medication that’s available in oral form, an alternative to injections placed directly into the spinal cord. For back pain sufferers, it may eliminate the need for frequent doctor visits to have drugs injected into the affected area of their spine.

As with snake venom and other venom-inspired drugs, researchers only know that certain secretions have a positive effect on the human nervous system. The venom being tested comes from ocean-dwelling cone snails, predator snails that secrete a harpoon-like proboscis into prey they wish to paralyze. The venom comes from proteins within this material called conotoxins.

The drug appears to be more effective than morphine for pain relief, at least according to the results of early rodent studies. In rats with injured legs, the drug appeared to relieve pain for more than 4 hours at much smaller doses than what would be required with other pain drugs.

More tests will be needed to determine how snail venom may affect humans, although initial lab testing has been encouraging. Regardless of the type of medication involved, relief from back pain often involves a combination of treatments, including physical therapy, exercise, dietary changes, and modification of activities.

While snake venom treatments may be a ways off, there are other conservative options for back pain currently available. Reach out to Dr. Bae, Medical Director of The Spine Institute and learn more about treatment options for your back or neck pain. Call (310) 828-7757 and schedule an in-person consultation.