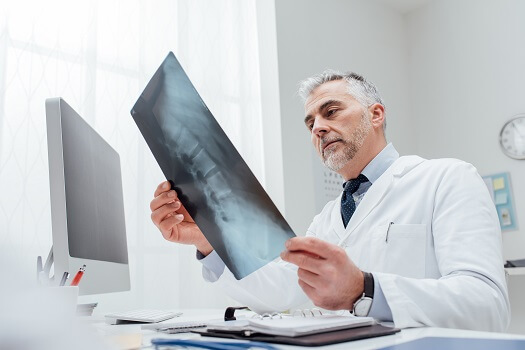 It’s common to associate spinal cord injuries with a loss of sensation below the affected area, yet some of the nearly 18,000 people who experience spinal cord injuries (SCIs) each year in the United States also have issues with bladder control. In fact, more than three-quarters of U.S. patients living with SCIs aren’t able to control their urinary functions, including those who have been treated by a spine surgeon. Los Angeles researchers hope a specially designed device may allow some SCI survivors to retain bladder control.

For their study, UCLA researchers used a magnetic device on five men who had sustained severe spinal cord injuries between 5 and 13 years before. After the device was placed within the lumbar (lower) spine area, it manipulated the bladder with mild magnetic stimulation in an attempt to restore control over its functions. All patients experienced improved bladder control for about a month between treatments.

Researchers believe all five subjects responded well to the stimulation treatment because of the way the nervous system is wired. According to the researchers, the treatment works by amplifying faint or weak signals already being sent between the brain and bladder. Specifically, it’s believed neural circuitry in the spinal cords of the SCI patients was able to retain memories of the treatment, which possibly explains why benefits lasted anywhere from 2–4 weeks for the patients who used the device.

Providing Improvements in Quality of Life

Patients reported about a 60 percent improvement in their quality of life post-treatment. Interestingly, most spinal cord injuries don’t involve complete tears. It’s actually very difficult to completely sever a spinal cord. Consequently, many people with SCIs don’t lose all connections between the brain and the area below the injured part of the spine. Essentially, magnetic stimulation manipulates the cell machinery that controls urinary functions. If the use of magnetic technology for this purpose is successful on a larger scale, it may help SCI patients by:

All five patients went through 15 minutes of magnetic stimulation treatment for four months. Initially, there were no noticeable results. However, improvements were seen in some of the subjects after four sessions. Eventually, all men were able to regain the ability to urinate on their own. Even one male patient who had been using a catheter for more than a decade was able to regain bladder control. Overall, bladder capacity in the subjects increased by more than 60 percent. The need for catheterization wasn’t eliminated during treatments, but the men were able to reduce catheter use to once a day during the testing period.

If given the choice, many spinal cord injury patients would choose regaining bladder control over being able to walk again. The good news for SCI survivors is that the magnetic stimulation device discussed above has already been approved by the FDA. Its use specifically for the restoration of bladder control is still in the experimental stages, but early test results are certainly encouraging.

Many people with spinal cord injuries lose more than sensation—they also often lose the ability to control their bladder functions. This new treatment can make a huge difference in the lives of many of these patients. If you or someone you love needs information about spinal injuries or spinal health in general, you can trust the professionals at The Spine Institute. Our physicians specialize in every aspect of spine care, from complex surgery to spinal fusion alternatives. Los Angeles residents can reach out to us today at 310-828-7757 for an initial consultation.