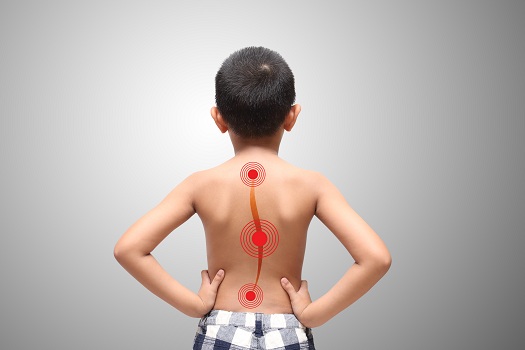 Scoliosis is an abnormal sideways curvature of the spine that can produce a backbone with a “C” or “S” shape. If you’re among the 2–3 percent of the population affected by this condition, you may have idiopathic scoliosis, the most common of the three forms of this progressive abnormality. Here are five things you should know about scoliosis as you determine how to manage the condition in a way that’s right for you.

Idiopathic scoliosis typically develops during early to mid-adolescence, usually between the ages of 9 and 15. It’s not known why this happens, but it may be related to the phases the body goes through during this period of growth and development. Interestingly, an abnormal curve below 40 degrees isn’t likely to get worse once full skeletal maturity has been reached. For this reason, it’s best to make a diagnosis as early as possible so efforts can be made to prevent progression of the curve before bones fully mature.

Making an early diagnosis of scoliosis is sometimes easier said than done. An official diagnosis isn’t made until the measure of the side-to-side spinal curvature (“Cobb angle”) is at least 10 degrees. However, it’s entirely possible for a young patient to have an abnormal curvature in the 10- to 20-degree range and not even know it, especially if symptoms aren’t noticeable. In fact, it’s not unusual for scoliosis to be first noticed during regular school screenings or when a child is observed while changing or swimming with his or her back exposed.

3. Observation Is Often the Only “Treatment” Recommended

Idiopathic scoliosis usually doesn’t progress to the point where it contributes to disruptive symptoms. If the curvature isn’t progressing noticeably over 5 to 6 months or getting into the 25- to 30-degree range, periodic observation during routine physical exams is likely to be all that’s necessary.

4. Braces Can Be an Effective Way to Stop Curve Progression

For instances when a scoliosis curve gets around the 25-degree point, a patient who hasn’t yet reached skeletal maturity may benefit from the use of a hard or rigid brace. What’s termed “bracing” is the only non-surgical treatment option proven to be effective when used at the right stage of adolescence. There’s some evidence that certain exercises may be beneficial for younger patients, but more research is needed to determine if this is an effective way to slow curvature progression without resorting to bracing.

5. Surgery Is Often a Last-Resort Treatment

It’s rare for surgery to be necessary or recommended for idiopathic scoliosis. The only exception is if the degree of the curve is 45–50 degrees or more. The most common procedures performed are posterior spinal fusion and anterior lumbar interbody fusion. Santa Monica patients should know that during posterior spinal fusion, a long incision is made in the back so instrumentation and hardware can be correctly placed. Bone graft material is then used to form new bone and prevent the spine from curving abnormally. Recovery usually takes about 6–12 months.

Abnormal spinal curvature that isn’t causing any noticeable discomfort early in life sometimes contributes to spine-related issues later due to age-related bone changes and wear (degeneration). If scoliosis does become a problem in adulthood, the goal for treatment is typically to ease symptoms and not fix the actual curve. Patients often benefit from a combination of medication and physical therapy.

If you’re experiencing complications from scoliosis or you have severe or prolonged pain in your back or neck, see your doctor or a Santa Monica spine surgeon right away. At The Spine Institute, our cutting-edge treatment methods and pioneering physicians lead the spinal health industry, and we have decades of experience with every aspect of back pain and how to alleviate it. To schedule a consultation, call one of our friendly representatives today at 310-828-7757.