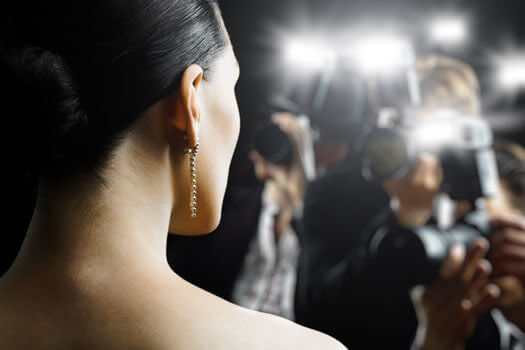 Persistent back pain can affect anybody regardless of whether or not they happen to be famous. When well-known celebrities are afflicted with common conditions, however, as was the case with Robin Williams and Muhammad Ali, awareness can be raised about the impact those ailments can have on quality of life. This is the case with chronic back pain, which can be a minor irritation or a daily annoyance.

The double Oscar-winner sustained a serious spine injury during the filming of his movie “Syriana” in 2005. After tearing the thick membrane that cradles the spine (dura), the “Gravity” star underwent surgery to strengthen his backbone, although he no longer does his own stunts.

The late “National Velvet” star had a host of medical problems during her lifetime, chronic back pain being one of them. The Oscar-winner was born with an abnormal curvature of the spine (scoliosis) that plagued her since she was a teenager, which may explain her subsequent troubles with painkillers and alcohol.

The “Dancing with the Stars” alum and “Dirty Dancing” star experienced persistent back pain from a late-1980s car accident. Following years of various non-surgical remedies for back pain, the actress opted for surgery to ease the pain with a plate that was inserted into her neck. She also had a ruptured disc repaired after sustaining an injury before her final night on DWTS.

While known for his role in the original “Spider-Man” franchise, McGuire’s chronic back pain actually resulted from a less adventurous role in the movie “Seabiscuit.” The “Pawn Sacrifice” star was doing his own riding in the film and ended up with a spinal compression fracture. Since this was before his next “Spider-Man” movies, which also involved stunts, he opted for spine surgery and is now free of pain.

Defined as pain lasting six months or more, chronic back pain affects about 30 million people in the United States at any given time. Treatment often includes a combination of over-the-counter and prescription painkillers, anti-inflammatory drugs, heat and ice applications, physical or occupational therapy, lifestyle changes, and sometimes alternative treatments like acupuncture.

If you’re considering surgery for back pain or would like a second opinion, don’t hesitate to reach out to Dr. Hyun Bae and his team at The Spine Institute Center for Spinal Restoration. Specializing in fusion and non-fusion procedures like decompression spine surgery, Dr. Bae can diagnose the cause of your pain and identify all possible options for pain relief. Call us today at (310) 828-7757 to schedule your consultation.