When Is Surgery for a Herniated Disc Necessary? 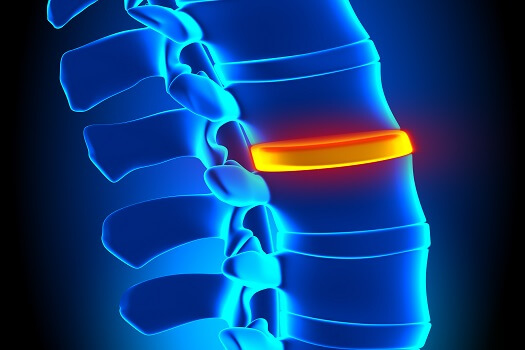 Simply having a herniated disc doesn’t mean surgery is in your immediate future. In fact, the standard treatment when inner disc material presses outward and irritates nerves is a combination of medication and physical therapy. However, you may be wondering if there’s a way to know if you need to have surgery for a herniated disc if symptoms persist. Degree of herniation, which is measured in increments of millimeters, isn’t an indication of what the best treatment might be for you, but you may be wondering what is

The Nature of Your Symptoms

• Pain felt in the lower back or neck—the two most common areas where disc herniation occurs
• Pain accompanied by general weakness
• Discomfort that extends to nearby areas (e.g., shoulders, arms, or legs)

A herniated disc is only a major issue if it’s affecting a nearby nerve root. Size isn’t everything when it comes to herniated discs, although the size of the spinal canal can affect symptoms. What really matters is location. For instance, a herniated disc with only a small bulge that’s located in a narrow place along the spinal canal may cause significant pain because there’s less space for nerves. Where the disc is damaged is also important. For example, a midline disc herniation rarely compresses or “pinches” a nerve root.

The Duration of Your Symptoms

Another consideration is how long you have been experiencing your symptoms. With a lower back (lumbar) herniated disc that’s causing leg pain, it’s generally advisable that patients try 6–12 weeks of conservative (non-surgical) treatment. When conservative treatments aren’t providing significant relief after several weeks or months, surgery usually becomes an option. One surgical option is lumbar disc replacement. Santa Monica patients who undergo this procedure have a diseased or damaged disc in the lower part of the spine removed and replaced with an artificial implant

The Condition of the Affected Disc Space

Results from a Thorough Exam

Getting an accurate diagnosis is important as well because some conditions may produce symptoms similar to what’s experienced with a herniated disc. For example, irritation of the piriformis muscle in the buttocks can mimic sciatica symptoms, and various peripheral nerve disorders can cause leg pain that’s not related to a spinal disc at all.

Keep in mind surgery is rarely immediately necessary for a herniated disc unless symptoms are severe or potentially life-threatening. If you want to avoid surgery for as long as possible, you may benefit from epidural steroid injections or alternative treatments involving chiropractic adjustments. Should surgery become your best option, take comfort in knowing many procedures can be performed in a way that’s not as invasive as traditional open surgery.

If you’re having extreme or prolonged pain you suspect is caused by a herniated disc, see a Santa Monica spine surgeon right away. Early diagnosis can be key to getting proper treatment and increasing the chance of a full recovery. The spinal health experts at The Spine Institute are industry leaders in cutting-edge, innovative surgical techniques and treatments for every part of the spine. Call us today at 310-828-7757 to schedule an appointment.