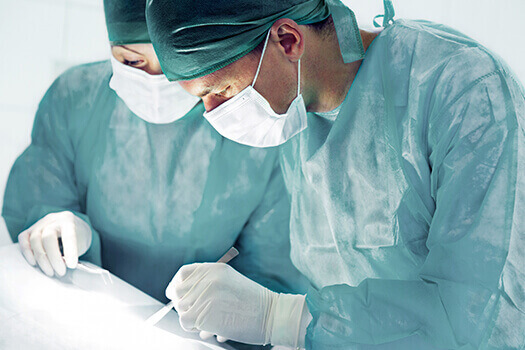 Like many patients with a herniated disc in the neck area, New York Mets’ third baseman David Wright had to make a tough decision. He could have opted to continue with nonoperative treatments or weigh the potential benefits of surgery. Wright decided that surgery was the best choice for himself and his team. Even if you’re not a seasoned athlete, there are lessons to be learned from Wright’s experience with a herniated disc.

Surgery Is Rarely the First Choice

It’s safe to say that Wright didn’t even consider surgery when he was first diagnosed with a herniated cervical disc. Unless there is a pressing medical emergency from nerve compression, initial treatments are likely to include anti-inflammatory drugs, initial immobilization with a neck brace, and physical therapy to improve muscle strength.

All Non-Surgical Options Should Be Explored

Like many other patients with a herniated disc, Wright reached a point where other treatments just weren’t doing enough to keep him in the game without pain. Before considering fusion surgery to correct a herniated disc, determine if you’ve really exhausted all non-surgical options, including treatments like acupuncture that are considered holistic alternatives.

When surgery is being discussed, it’s important to think long-term beyond the initial recovery period. For Wright, this likely included the option of living with some degree of pain and still trying to remain focused on the game or hoping that surgery would relieve discomfort once and for all.

Personal Priorities Can Be a Deciding Factor

Wright was surely considering his potential to be a valuable contributor to the team. Think about what you’re sacrificing now by living with pain that’s not responding to non-surgical treatments. Establish your priorities and consider what your life may be like after surgery.

Any type of neck pain can quickly impact quality of life, especially when you play a game where it’s hard to avoid twists and turns. The good news is that techniques are increasingly less invasive and the prognosis for most surgeries to correct a herniated disc is very good. The recovery period averages about three months, but it may be less than that for patients who are otherwise healthy.

Learn more about your options for pain relief by speaking with a spine surgeon Los Angeles patients trust. Reach out to The Spine Institute Center in Los Angeles by calling (310) 828-7757 and scheduling an in-person consultation today. Your path to a pain-free lifestyle begins here.