Scoliosis May Result from a Disruption to Spinal Fluid Flow 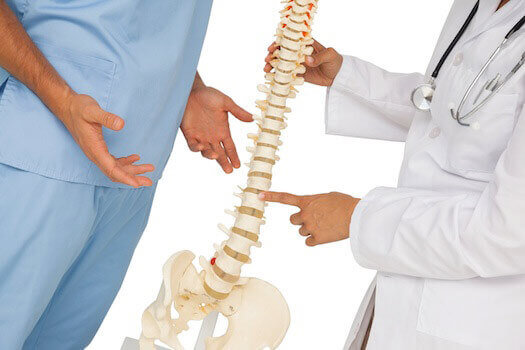 A mutated gene humans share with a fish may be the source of a form of scoliosis that appears during adolescence. U.S. and Canadian researchers found that making repairs to this gene restored normal fluid flow in the spine and reduced the risk of developing scoliosis, a sideways curvature of the spine often appearing during growth spurts before puberty.

The mutated gene is linked to idiopathic scoliosis, a condition affecting about 3 percent of adolescents. This is the first time researchers have found a possible biological link to a condition with no known cause. Early studies suggest the mutated gene changes the flow of spinal fluid, which can result in abnormal curvature.

The mutated gene affected the motile cilia, the part of the cell that pushes it through narrow passageways like the spinal column. The altered gene results in scoliosis in adult zebrafish. It changes how the cilia propel the cells, suggesting that the flow of spinal fluid is related to spinal development.

Fluorescent dyes allowed researchers to observe that the mutated gene caused swelling in a part of the brain just above the spinal cord. When a non-mutated gene was introduced, the swelling disappeared and normal fluid flow was restored and the spine straightened.

Connection with Periods of Rapid Growth

Fish who had the mutation during periods of rapid growth developed a noticeable curvature. When the mutation was turned on a little later, curvature was mild. If it was activated after the growth period, no scoliosis developed. These findings suggest that the gene issue needs to be corrected while the spine is still developing. If the research translates to humans, it could lead to a non-surgical treatment for idiopathic scoliosis.

Most cases of scoliosis are mild and require little or no intervention. It’s only when the curvature worsens or presses on nerves and causes pain that treatment, it becomes necessary to consult a Los Angeles spine surgery expert. Researchers hope the discovery of the mutated gene’s connection to a condition that affects two to three percent of the population will prevent it from becoming a problem later in life.

Learn more about spine health and treatment for ongoing back pain from the experienced board-certified orthopedic spine surgeons at The Spine Institute Center for Spinal Restoration. Call (310) 828-7757 today and schedule an in-person consultation.