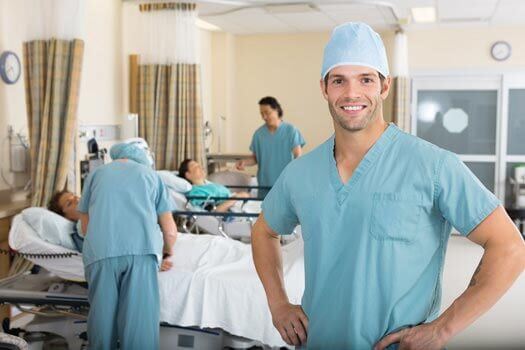 It’s only a matter of time before scientists use technology to help patients with spine issues walk. At least that’s what Australian researchers hope will be the outcome of human trials testing what they’re referring to as a “minimally invasive brain-machine interface.” The device is essentially a small electrode meant to stimulate the spine from within the body’s control center–the brain.

A ‘Pacemaker’ for the Spine

About the size of a paperclip, the electrode is designed to interact with tissues via sensors inserted into a vein inside the brain. It’s a setup researchers liken the device to implantable pacemakers that have been used for decades in heart patients. In another similarity to cardiac procedures, the implantation of the device uses stent technology with an electrode array that expands and sticks to the inner wall of the vein.

The implanted electrode would allow doctors and spine surgeons to control brain signals sent via neurons to the spine. The device would also record brain activity within the area where it would be implanted to allow for greater control over signals. By keeping tabs on brain signals, doctors would be able to use those commands to “tell” the spine to function in a certain way. Efforts are also underway to fine-tune the precision with which the device would be controlled after implantation. Consider consulting expert spine surgeons, Santa Monica has to offer for chronic back pain.

Existing electrodes used with prosthetic devices involve risky open brain surgery to implant the control device. Researchers are hoping to develop a minimally invasive method of implantation to reduce the risk of complications. They’re also seeking to resolve issues with long-term use. In some cases, scar tissue develops over electrodes used in existing procedures and interferes with the signals or the body eventually rejects the device and renders it useless over time.

The technology being tested by Australian researchers echoes similar advances with prosthetic limbs. There’s already speculation about how the two technologies may work together someday. For instance, patients who sustain severe back and leg injuries may benefit from both technologies, depending on the extent of the damage and areas affected. Human trials are set to begin in 2017.

If you’re seeking relief from chronic back pain, reach out to Dr. Bae, Medical Director of The Spine Institute Center for Spinal Restoration. Dr. Bae can diagnose the source of your back pain and help you understand all possible treatment options. Call (310) 828-7757 today to schedule an in-person consultation.