Chronic Low Back Pain Tied to High Illicit Drug Use 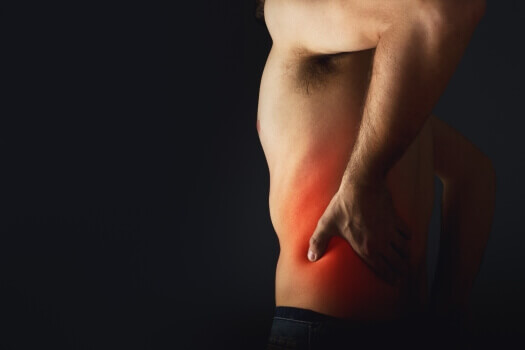 Patients dealing with chronic low back pain may face another problem that can also impact quality of life, an increased instance of illegal drug use. This conclusion comes from the results of a University of Minnesota study recently read by spine surgeons in Beverly Hills that noted a link to the use of an assortment of illicit drugs ranging from marijuana to heroin among patients with persistent LBP.

Connection to Opioid Use

The study was based on a review of a previous survey of some 5,000 or so adults throughout the United States ranging in age from 20 to 69, with nearly 15 percent meeting the guidelines for chronic low back pain. LBP is generally considered chronic when it continues beyond three months. There was a noticeable connection between existing illicit drug users and the use of prescription opioids, although a significant percentage of those who had never used illicit drugs were also likely to have a prescription for opioids.

Drug Use Higher Among LBP Suffers

The survey itself focused on four specific illegal drugs: cocaine, heroin, marijuana, and methamphetamine. In the confidential survey, rates of usage for those four drugs were higher among the group with ongoing back pain compared to those who did not have any reported instances of recurring LBP. Chronic pain sufferers were twice as likely to use methamphetamine and heroin, in particular, than those without chronic pain.

Potential for a Dangerous Mix

Chronic back pain sufferers who were already using illicit drugs were also likely to have a prescription for opioid analgesics. It was unclear whether or not drug use began prior to back pain being experienced or afterwards. There is a greater risk of experiencing a dangerous drug interaction for those already using drugs when receiving a prescription for painkillers since patients presently using illegal drugs aren’t likely to admit this to their doctor.

Conclusions from this study stress the importance of exploring non-drug treatments for chronic back pain whenever possible. Many doctors are already making an effort to minimize the use of opioids and other prescription painkillers to minimize the risk of addiction. Lifestyle adjustments and alternative treatments such as acupuncture are also worth exploring.

If chronic back pain is disrupting your everyday life, it’s time to reach out to The Spine Institute Center and speak with a board-certified spine surgeon in Beverly Hills. Call our office at (310) 828-7757 and schedule an in-person consultation. Your path to a pain-free life begins today.