John Cardiel: How a Skateboarding Legend Recovered from a Spinal Injury 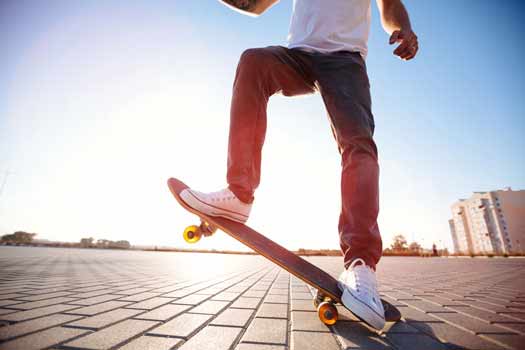 Spinal injuries can happen to anyone, even professional athletes who routinely train between competitions and games. For former professional skateboarder John Cardiel, it was an injury that necessitated surgery to correct serious damage to his spinal cord. The road to recovery for Cardiel involved a lengthy rehab process with some surprising twists and turns.

Cardiel earned a reputation for being a daredevil on wheels, and he earned numerous honors because of his abilities. While filming a skateboard video in Australia in late 2003, he was hit by a trailer attached to a van, which subsequently ran him over. The resulting spinal cord injury was so severe Cardiel was told he would never walk again and the damage was serious enough for doctors to consider his spinal cord severed due to the swelling that occurred. After reaching a point where he began to feel movement below his waist, Cardiel became determined to walk again.

The accomplished skateboarder underwent 5 months of rehabilitation at the hospital and spent several more months afterward recovering while using a wheelchair. He eventually transitioned to using a walker and then a cane. Rehab following spine surgery needs to progress at a certain pace to prevent nerve collapse from prolonged inactivity.

After receiving a suitable Los Angeles spinal surgery, recovery also requires some type of regular exercise to restore muscle strength. For Cardiel, his preferred activity was street fixed-gear cycling, a passion he continues to explore today and credits as being a key factor in his recovery. He has continued to display his post-surgery skateboarding abilities in occasional promotional videos.

Though Cardiel had no choice but to have spinal surgery, some athletes have made the decision voluntarily after other treatments failed to provide relief. Peyton Manning has undergone multiple procedures, including a single-level anterior cervical fusion in 2011, and basketball star Dwight Howard had minimally invasive surgery for a herniated disc.

If you or someone you know has experienced a spine injury due to skateboarding or another sport, don’t hesitate to seek medical assistance. Reach out to The Spine Institute Center for Spinal Restoration. From traditional fusion surgery to non-fusion alternatives, Dr. Hyun Bae and his team of spinal surgeons are experts in the field. Call 310-828-7757 to learn more.