A New Way to Diagnose Low Back Pain 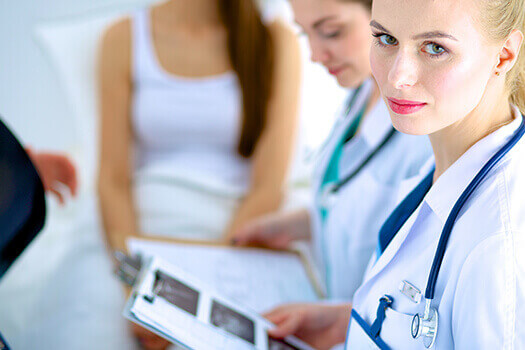 Diagnosing low back pain often includes asking patients to describe the location and duration of their discomfort and what activities seem to aggravate it. While this step is important, it is by no means an exact science. Researchers in New York have discovered a new way to diagnose LBP that could take some of the guesswork out of the process.

Scientists at Feinstein Institute for Medical Research in New York led research efforts to review the biochemical profiles of patients with low back pain to identify possible patterns. The focus was on a cytokine known as IL-6, a small protein released by cells that affects the behavior of other cells. Body mass index, age, and duration of symptoms was also considered. Looking at such patterns may help anywhere from 40 to 80 percent of the United States population that experiences LBP.

Researchers observed significantly elevated levels of IL-6 in patients with LBP compared to those without back pain. The highest levels were observed in patients with degenerative disc disease, one of the most common causes of LBP, and spinal stenosis, a narrowing of the spine that can result in the need for spinal decompression surgery. Their levels were also higher than patients with disc herniation, another frequent cause of back pain.

Further exploring the findings, it was discovered that patients with LBP have a low-grade inflammation that affects the behavior of the IL-6 protein and other cytokines. Part of the frustration for patients with LBP is the hit or miss approach to diagnosing their pain that can take anywhere from several months to many years. Researchers believe that identifying where these proteins are gathering in significant numbers in patients with LBP may help doctors pinpoint the source of a patient’s pain much sooner.

Most people have what’s referred to as axial low back pain, or sharp, dull pain relegated to the lower back often aggravated by certain movements. Spine surgeons in Beverly Hills hope the new diagnostic method will identify a source of LBP, whether it’s axial or related to the sciatic nerve, early enough so more effective treatments can lead to better pain management.

Learn more about diagnosing and treating low back pain by reaching out to The Spine Institute for Spinal Restoration. Thanks to technological advances in the field, there are many alternatives to spinal fusion surgery, which can limit surgery risk and boost overall recovery. Call (310) 828-7757 today and request an in-person consultation.